Since many of us are weary of winter and ice and snow I thought I'd do something a little out of the norm for my Valentine's Day post. Thanks to our friends at  Guinness World Records we're going to look at a few of the record breaking ideas people had to celebrate Valentine's Day. 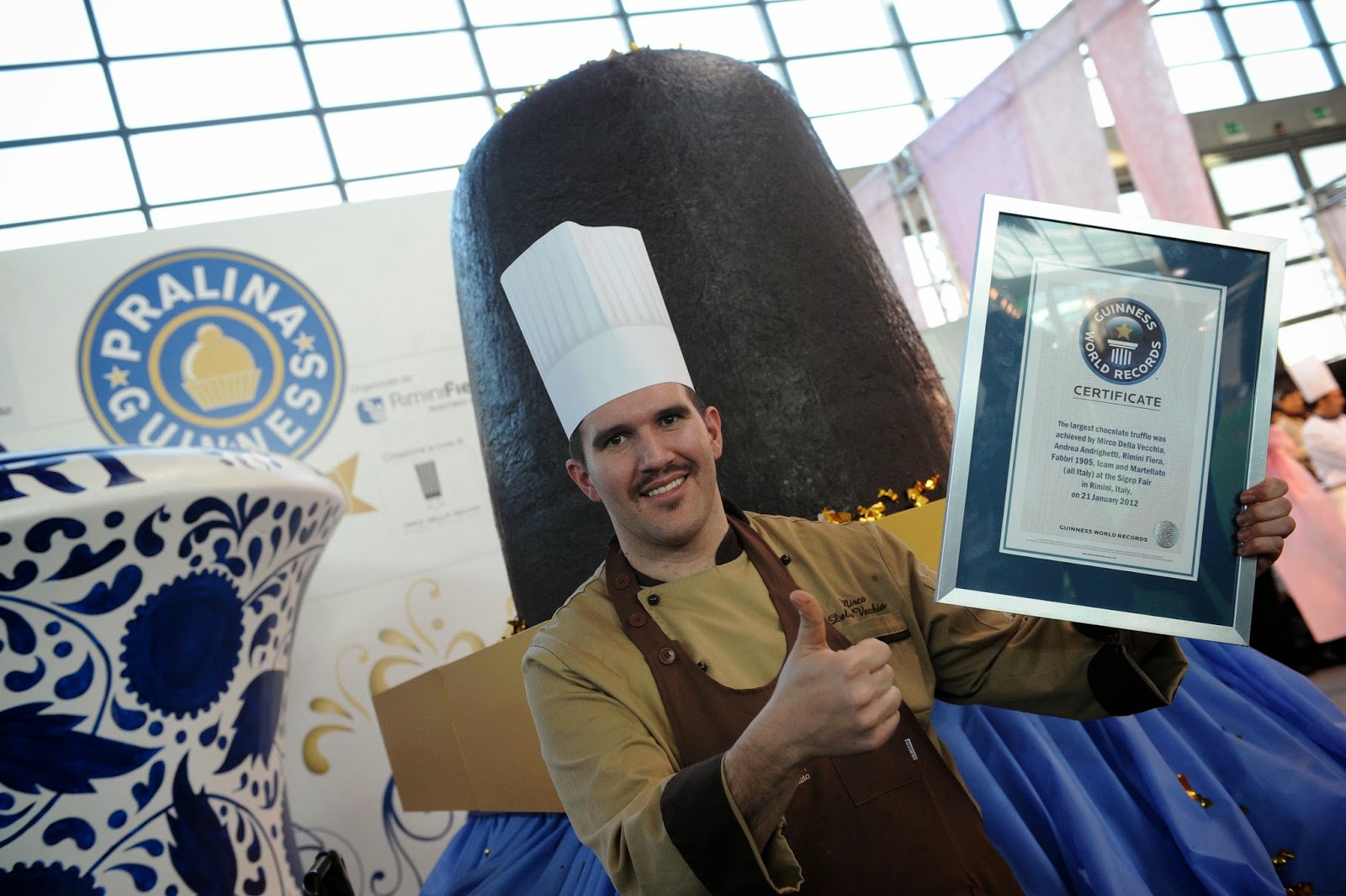 The largest chocolate truffle weighed 1,768 lb 11 oz  and was achieved by Mirco Della Vecchia, Andrea Andrighetti, Rimini Fiera, Fabbri 1905, Icam and Martellato (all Italy) at the Sigep Fair in Rimini, Italy on January 21, 2012.

Another Guinness World Record fact is that Richard Cadbury -- the son of the founder of the candy company -- created the first known heart-shaped box of chocolates for Valentine's Day, 1868. 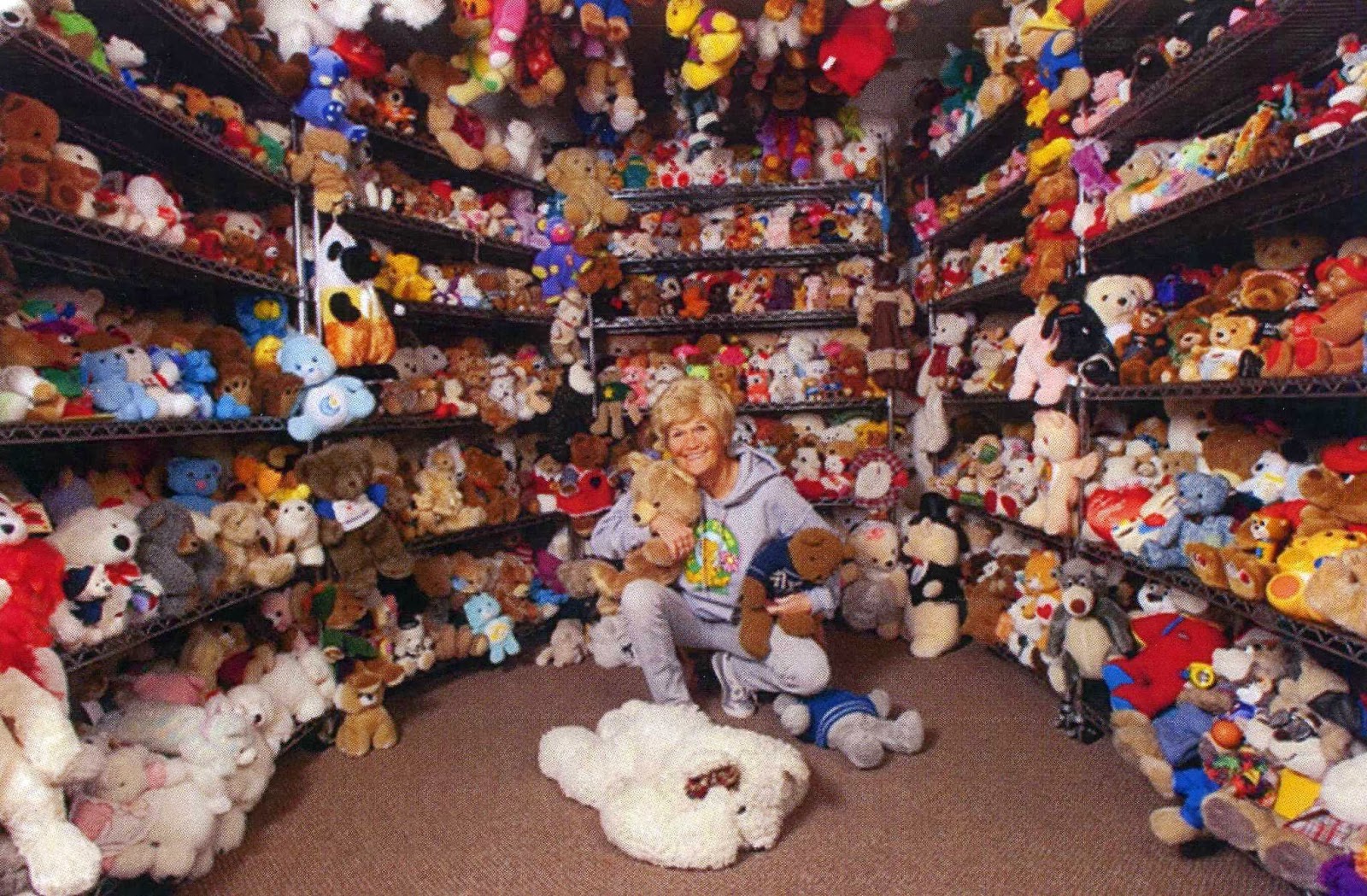 Jackie Miley and the world's largest collection of teddy bears

Jackie Miley (USA) had 7,106 different teddy bears, as of March 11, 2011, which she has been collecting since 2002. When Jackie began the collection in 2002, she had no idea things would turn out as they have. When the collection grew, she thought she would like to collect as many teddy bears as Hill City’s population (780) for a goal. Since then her collection has grown to such an extent that she now has them in a little house of their own called Teddy Bear Town. It is located across the street from her apartment.

What's your favorite Valentine treat? Flowers, chocolate, a romantic dinner out? I don't have a favorite, though some of that truffle would be fun, and if the temperatures are above freezing tomorrow I'll be a very happy New Yorker.

I spent a quiet day at home. The snow looked pretty and it didn't look too treacherous from my fourth floor window, but when I went down to mail a letter the sidewalk was very icy. I retreated back to my apartment and spent time reading, decluttering -- always a useful activity -- and I took an afternoon nap.

As always, thanks for visiting. Take good care and keep cozy, warm and safe.
Posted by Buttercup at 11:16 PM

I LOVE truffles too. Stay safe inside with all that snow and ice.

The kidling drooled when she walked by and spotted that truffle, lol.

Favourite treat? Quiet, a warm bed, and a new book to read...yup, I'm just SO romantical. Have a good weekend Carol. =)

I love truffles, too! Glad you had a productive and safe afternoon.

I wonder how many people it took to eat that Truffle! Nothing favuourite on VD. Glad you retreated to home and stayed away from that ice under foot!

I think I've had more naps than ever this winter. Hibernating here at home has become a way of life due to the weather. Happy Valentines Day!

Oh my goodness, that's a big truffle:) I think my favorite Valentine treat is the little cinnamon hearts! I haven't bought any this year! Perhaps I can get out of the house today to buy a bag:) Happy Valentine's Day to you dear Carol! HUGS!

Happy, Happy, Happy Valentines Day. I like Truffles..actually..I haven't met a chocolate anything I didn't like, lol. Stay warm and off those icy sidewalks. Blessings

Who doesn't love a truffle? Only one friend I know who gets migraines when she eats chocolate - - - We will be with our SIL's family for a LOVEly dinner at their home tonight.

Happy Valentines Day to you! I love chocolate truffles and I'm convinced I could eat the huge world record one all by myself :)

Happy Valentine's Day to you, sweet Carol! I'm not sure what my favorite treat would be...roses or a big box of chocolates :) Hugs to you!

Happy valentines day to you, Carol, and my fav treat is spending time with my dh. He wrote and performed a love song for me at our wedding, lo these many years ago.

That was one big Truffle!
Wow an entire house just for Teddy Bears, that's quite a collection.
So glad you did slip on any of the ice, it hurts so do be careful.

The good thing about Jackie Miley's collection is they are stuffed and not real.