I spent a glorious autumn at one of the beaches of New York City. There are actually beaches in every borough except Manhattan. This one was in Queens, with access to both the Atlantic Ocean and Long Island Sound. A highlight of the day was a chance to catch up with my friend, E. The conversation turned to ways of economizing -- as it so often does -- and we chatted about No Spending October and her experience with ebay. When I got home tonight I decided that this was the day to add advertising to   Buttercupland. I've thought it about for the last year and don't have any issue with visiting blogs with advertising, and often do.

I had met a representative from a company that does monetizing at BlogHer and had the link she had sent me. When I went to the link I realized what's being proposed is a lot more serious than my little blog. They asked for three business references and my W9 tax form. This may work later in my blogging life, but not at this time. I then turned to Google AdSense. I was approved immediately and clicked the check off to add ads to my sidebar. Voila! I was now in business.

I hit preview and saw my first two ads at the top of my sidebar. One was for a political candidate and one was for an organization that wasn't one I would choose. Nothing wrong with either, but I have worked hard to keep Buttercupland open to all, with no partisanship. There are enough places to discuss one's political opinions and this is not the place. I clicked and reclicked and the ads disappeared. My dreams of turning Buttercupland to Businessland also disappeared for now. I'd love input from anyone who is monetizing about their experience and also from those who have chosen not to. 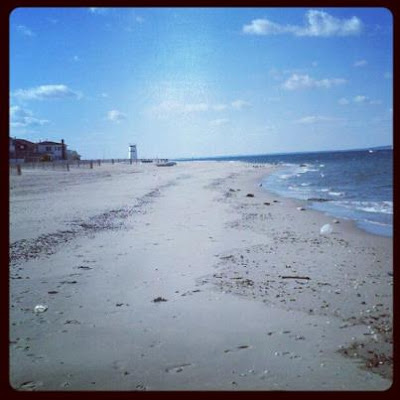 Posted by Buttercup at 8:39 PM

I can't help you with monetizing. Buttrying to envision walking on your beech--It doesn't take much...I can feel the sand and smell the water.

The beach is beautiful!

I don't know anything about advertisements or monetizing. Can you make much $ by doing it? I have something that keeps coming onto the bottom of my blog which seems like an ad to me, but nobody else says they can see it. It changes from day to day. I never did give it permission to be there. Blog-land can be so confusing at times.

You are able to take ads off your blog if you want/need to.

Most of the first year I blogged I was ad-free but now do AdSense so obviously I have no problem with monetised blogs. Having said that, I want to both read and provide more than advertisements.

I don't know a thing about advertising....but I might look into it. The idea of earning a little money appeals to me..... But walking on the beach appeals to me more. Wish I were there to walk with you. Have a great week dear.

Catching up on your recent posts and enjoying the photos. Thank you for your gidft of kindness and love, briought fragrance an d fun to me . God bless

I don't do ads on my blog. It is my fun thing to do and I certainly don't want to make any money at it. I know lots of people do, but not me. On the other hand the beach is my favorite place to be. I haven't been to one this year but am glad you got to go on such a pretty day. Hope your Monday is a great one!

Hey Buttercup, Being the radical that I am, guess I'll have to say I do have a bit of a problem with the ads although in an odd sort of way. For the most part, I pay absolutely no attention to them - I couldn't tell you of my favorite blogs have ads and who doesn't. So it's pretty evident no one is going to make a single penny off of me. But it seems at one time, I must've paid attention because I remember being highly offended by a well-known blogger in the weight loss community who'd lost and maintained a significant amount of weight consistently having ads which promoted everything kind of food item and eating habit that her BLOG denounced. Sorry, that just doesn't work for me!! Sends the message that making a penny or two off of her readers is more important than the message she's trying to convey! Just MHO!!

No ads for me! I just ignore them:) Love the picture, perfectly peaceful! Have a blessed week dear friend, HUGS!

First - This is a GREAT beach Photo. Thank you for posting it.

Second, I have tried adding an income stream to a blog. I wrote ads occasionally,and was paid a few dollars - I don't at the moment remember the company, but I could scroll through the "job offers" and choose what looked interesting to me, write my payable post - report back and, at the end of the month was always paid - i really wasn't so comfortable, eventually i stopped. - I posted books as i enjoyed them, signing up for Amazon Associates - again, selling to my friends just wasn't me.

I do know you can send your terrific photos to istock - and people could choose to pay license fees to use your beautiful views of the world. I don't sell photos, BUT - i am one of the countless people who pre-purchase credits and buy rights to use someone's work on occasion . . . there are other companies like this - I'm only familiar with istock . . .

I have never considered monetizing because it seems that you would need a lot of traffic on your blog before it would be worth it. You have just given me an even better reason not to do it.

My reasons for not monetizing are the same as Ms Sparrow. Love the photo of the beach. It's one of my favorite places to be, especially at sunrise or sunset. Have an awesome day.

Buttercup, I do not monetize...because in my world I would be saying"what the heck is that?" LOL. I wish I had a blog buddy who lived near to teach me a few important things. Love the beach photo...where are the people?? Smiles, Susie

A day with a friend and that beautiful blue water!!!! Life is good. I have not monetized either but sounds like you made the right decisions.

Hi, I'm new here, and that's all the advertising I do is to announce my first visit. From then on, it comes straight from the heart...speaking of which, a walk on your beach would do this heart good.
Have a blessed week

I have adsense ads on my blogs. Although they generate so little I might as well take them off, but I live them there just in case my blogs gets huge overnight! Ha! But what I have noticed, is that the ads on my blog tend to be based on my internet history and not my blog content. So if I bought something at macy's, the item I bought would be advertised on my blog. I don't know how it works, but I would imagine anyone who goes to my blog would see an ad based on their internet history, instead of my hypothetical Macy's ad.