The Return of No Spending (Most of) May 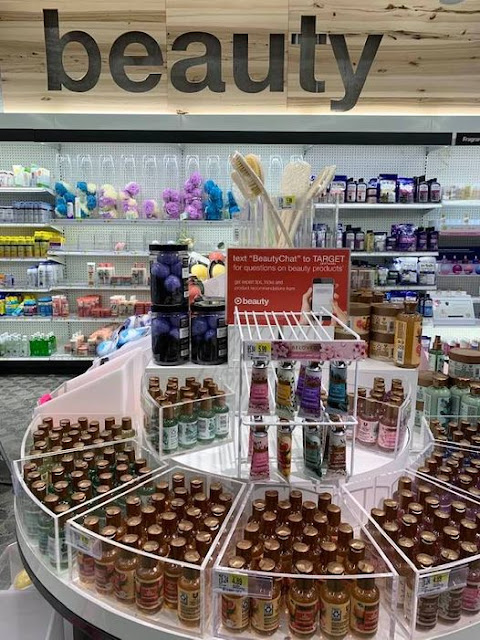 In years past I've begun the year with No Spending January. But in the topsy turvy world I've been living in, January, February, March and April marched by and I didn't even think of my usual no spending months. Until today.

I'd noticed a cute nightgown in a store window a few weeks ago and it's been on my mind.  While I was out and doing errands this afternoon the thought passed my mind that I'd really like to buy it. I didn't even consider that this nightwear was over $100.00 and that I have enough nightgowns/sleepwear/robes to last me decades. In 2019 I bought two nightgowns and was given one as a gift. They are cute and barely worn. About two seconds after this thought went through my mind I realized I was on the cusp of some very irresponsible spending. Though I'm four months late and we're well into 2021, it's time to begin No Spending (Most of) May.

Generally my no spending months have meant not buying things, but didn't include meals out, tickets to events or travel. I amped it up in January 2020 and added tracking spending on eating out snacks and lunches. It had been a "spendy" December 2019 and I was looking at two big vacations later in 2020. I decided I needed to be more prudent in January knowing I'd want to be able to indulge myself later in the year.

We all know how 2020 went. No big trips, no tickets (except for less than a dozen virtual events) and only one weekend out of town. I tried (and mostly succeeded) not getting carried away ordering online last year. I did go wild early in the pandemic and bought pink hair color. which I've used twice. I bought a few small appliances for that pesky no gas situation in my building and several pairs of black leggings to replace the leggings that I wore out. I haven't made many other "big" purchases, but didn't think about small treats here and there.

Christmas/Chanukah 2020 was a lot less expensive than in the past. There were  gifts, but no events and the only spending for New Year's Eve was a few treats to perk up the evening. December slipped into January and no spending was far from my thoughts. Until today.

As life opens up I can see I need to start to return to a greater money mindfulness. I'm back to regular haircuts (as opposed to five months without a cut or color last year), gym membership and last week I bought my first theater ticket (for March 2022) in a year. I'm even thinking of getting a manicure next week for my first in person party of 2021. I've got no complaints about needing to watch my pennies (and dollars). It's everything I hoped and prayed for during the long months past.

Anyone else joining me in No Spending May? I won't be blogging about it in every post, but will report back on my success at the end of the month.

As ever, thanks for visiting and have a fabulous Friday.

Labels: No Spending May

I love the idea of no spending May. You inspire me to be more mindful about money! Amazon has become my "go to" shopping temptation during the pandemic, and I need to think more about what goes into my shopping cart there. Thanks for this post and the inspriration!

I have been in only four stores for very quick trips. This pandemic has taught me that I need very little and many things that I bought before gave me only short satisfaction. Time and how I spend it and who I spend it with is what gives me joy. Oh, and flowers, yes flowers, I need them to plant, to watch them grow, to care for, and to give me purpose. I will do better with a no spending August.

Oh! What show are you going to see?! So far, we've only seen the shows we've seen several times already, and we're not going to spend money to see them again, even thought I'm having definitely Broadway withdrawal! Hopefully, something new and exciting will be announced soon! We haven't seen ANYthing since the Bette Midler Hello Dolly. (Dolly's not really my cup of tea, but I adore Bette!)

Good on your for curbing spending. The pandemic was like a giving my AmEx a serious draining LOL.

Ramblings of a Retired Lady said...

I wish I could say it would be a no spending May, but we are going on vacation the first week in June and I am trying to get everything I might need. Glad you getting out and about and happy weekend.

I try "no spending" but alas there are some temptations that I find hard to pass up. Yarn. I don't need it but love to have it. I don't go out, no shows, no concerts, no parties. So I guess a little yarn here and there is okay. Enjoy your day, hugs, Edna B.

I saved a lot of money during 2020. Not going out shopping. Now I can visit the stores, I too have to watch what I buy. I try not to buy anything that isn't on sale. I have so much already, I figure I don't need it if the price isn't right. We do have to careful of splurge buying. I'll join you in no spending May. I don't want to over do now that I can finally go shopping!

One of the things I miss about the lockdown is that I saved so much money! I wasn't into online shopping and we ordered groceries and necessities and picked them up. May is a hard month for me not to spend, because of all the temptations at the garden center. Perhaps I could have a no spending month in June, when I'm busy watering and weeding:)

You have been very diligent! Here, we’ve been finally putting into action a few “home improvement” projects, which does require a bit of expense. Having been in the house 17 years, seems it’s time for an “update” here and there. We’re also hopefully creating an outdoor area that will be attractive to the birds. It’s a great pleasure for us to watch them at the feeder.

I have always been fairly prudent with my spending, but since my 2011 hemorrhagic stroke my spending has been slim. I am getting a little braver with online purchases. And recently I spent a morning shopping for fabric with my sister-in-law who is a gifted seamstress. She is creating my "mother of the groom" outfit for my son's September wedding. My SIL is crafting my outfit to accommodate my stroke-related challenges!

Shopping and lunch "my treat" was a lovely outing. She was also very intuitive about helping me physically navigate getting in and out of stores and the restaurant. She is a blessing!

Best wishes on your May mindfulness!

First of all, thanks for stopping by my blog to "chat":) I've never done a NO SPENDING month...I wouldn't even attempt as I know I would blow it right away. Especially on my two grandchildren:) However, I have been doing my very best not to buy any craft supplies unless they are absolutely necessary...like adhesive. I am trying to use up what I have. I tend to be an impulse shopper and in the last couple of years I've tried to work on that. I've done decently well...other than SHOES!!! I adore shoes!!!! Good luck on your NO SPENDING MAY. Good for you for even attempting!!!

I will definitely join you in No Spending May only becos we are in lockdown again. I have been in the same situation as you when sometimes you just feel like buying cos it looks good and not becos I need it. Then I take a walk around other shops to forget, and something else catches my mind and I have 2 problems now. Life is tough!!!

Lately, I have been very mindful of non-impulse buying more so because of not needing anything but actually because I have been giving more thought to a purchase and applying the want vs. need principle. We have, of course, spent $ on recent day trips or getaways, and many of the places we visited have no cost. we are finding that you don't need to go far or spend $ to find interesting attractions.