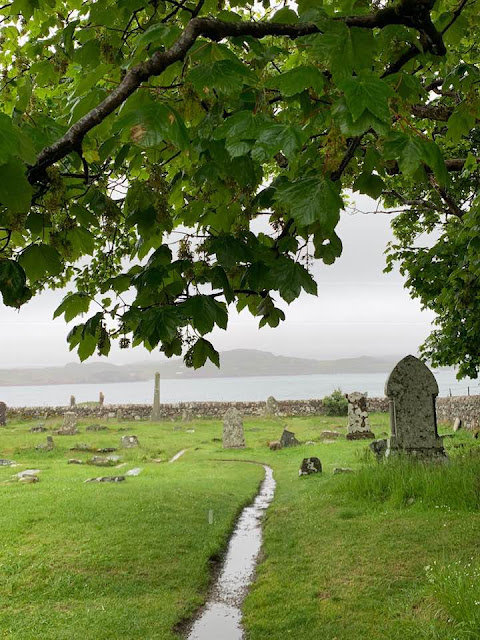 The beautiful island of Iona

We're leaving the lights and glitter of New York City for an island off an island -- Mull -- in the Inner Hebrides on the Western coast of Scotland. It has a population of 130 people, probably a lot more sheep and it was on my dream list for decades. Finally, last May I set foot on Iona.

Iona is known as the center of Celtic Christianity, first settled by St. Columba in 563 C.E. The monks came from Ireland as missionaries to Northern Britain and founded a place for contemplation and scholarship, including quite likely the fabulous Book of Kells, now at Trinity College Library in Dublin. Iona served as a place for theological learning and scholarship that might otherwise have been lost in early Medieval Times. The monastery community continued into the Tenth century when Viking raids destroyed it.

I joined the centuries of pilgrims that began visiting Iona in the Seventh Century. It was not surprisingly a wet and rainy day -- the island is lush and green from the rains -- and the relative inaccessibility meant it was not crowded. To get to Iona I needed to get to the Isle of Mull. We then drove two hours to a ferry to Iona. St. Columba chose the island for this very inaccessibility and is a lovely, uncrowded place to visit and enjoy the silence and natural beauty. 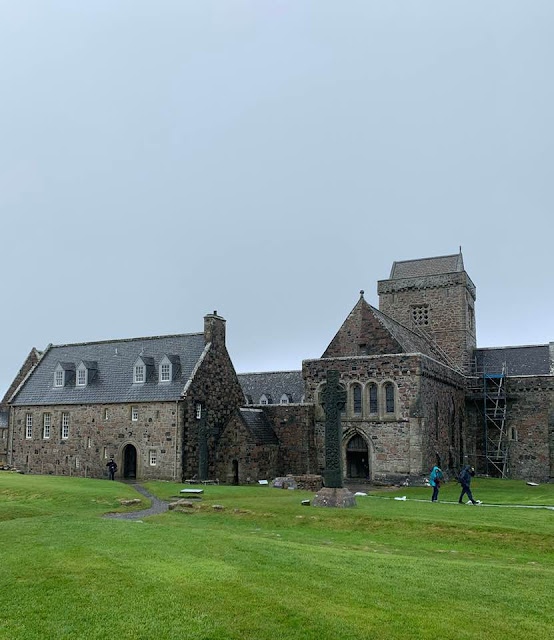 Iona Abbey and St. Martin's Cross, the original cross of the Abbey 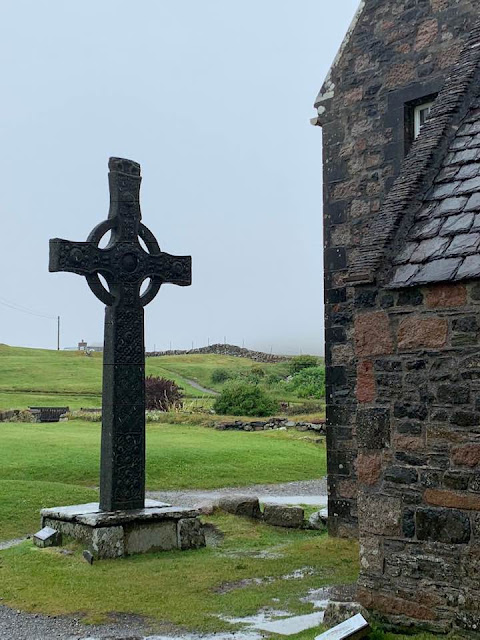 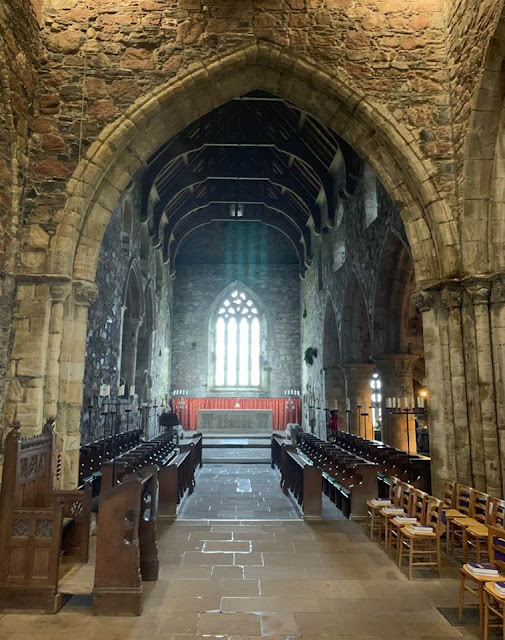 The Abbey Church of Iona

There were only a few other people visiting Iona Abbey the day I was there. It was an incredible privilege to be able to be part of the centuries of prayer, solitude and pilgrimage that comprise the history of Iona. One thought I had that day last May was that I wanted to share the photographs and my thoughts at Christmas. Unconsciously, I knew I would need a "quiet" day of posting. I will be back to the bright lights and all the fun that New York offers, but I'm grateful for a return to one of the most tranquil places I know.

I hope you've enjoyed our visit to Iona. I know that I'm so happy to take a few minutes from the bustle of December and find some quiet time, and happy that I could share it with Buttercupland.

As ever, thanks for visiting and savor the quiet moments!
Posted by Buttercup at 11:12 PM

Just wonderful!! So quiet, pastoral, and beautiful. The photos could have been taken in almost any time period. This is a place I would love to visit, thanks for taking me.

Iona is indeed a beautiful place. There's something very special about it.

Such beautiful photos. So happy you could visit and I thank you for sharing with us.

Always pleasant to visit your blog! Have a great week.

So beautiful, peaceful! I would love to visit there someday, sigh! Enjoy your day dear friend, HUGS!