U Is for Underground 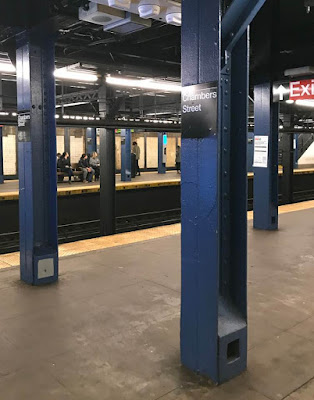 The Chambers Street subway station in Lower Manhattan
We've taken a long hiatus from our tour of New York City subway stations and I know there is some doubt in Buttercupland about whether the tour would be finished. Okay, ye of little faith. Somewhat belatedly, the A to Z has returned. I am making a promise that unlike last year when I ran out of A to Z steam, the alphabet will be completed and it will be completed in June.
Today we're returning to Lower Manhattan and visiting a station that has been closed since 2001, September 11, 2001 to be precise. It is scheduled to reopen in October of this year. I was riding from Chambers Street, shown above, to Rector Street on the #1 line and took a few photographs of the Cortlandt Street/West Broadway Station. On an official map it is labeled "temporarily closed," but the construction is visible as the train passes through the tunnel. 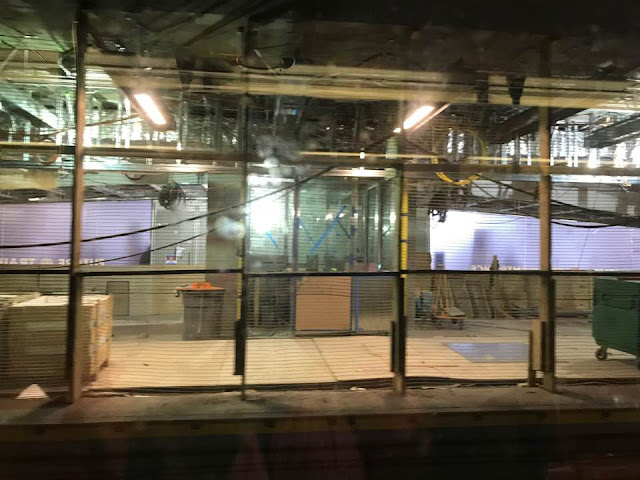 This had been one of my favorite stations when I worked at 2 Broadway, approximately five blocks south. After work I would walk up Broadway, do errands in the concourse underneath the World Trade Center and often stop at one of the restaurants for dinner. From the concourse I could enter the subway station and take the train to West 86th Street. It was my mall, all underground. This pleasant routine ended in September, 2001. This section of the #1 line below Chambers Street reopened in September 2002 and provided access to the west side of Lower Manhattan, except for the Cortlandt Street station. It had been demolished because of the extensive damage to the tracks and below ground structure. The infrastructure of the station has now been completed, and for this last phase of reconstruction the focus is on lighting and tile. 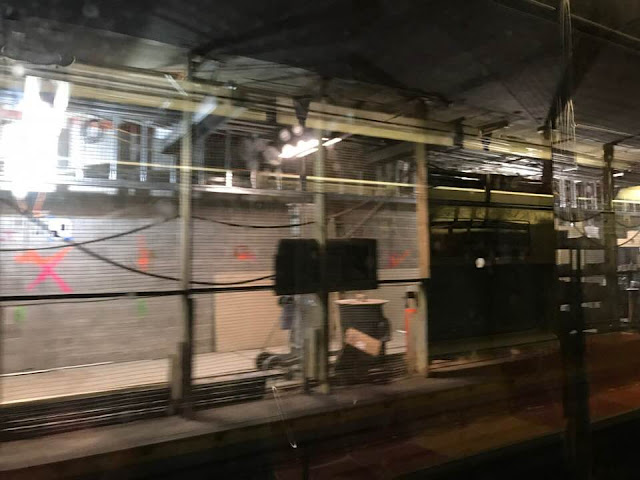 Platform and wall in place for an autumn reopening﻿
﻿
I apologize for the blurriness of this photograph. The train was moving through the station as I took the picture. The ride from Chambers Street to Rector Street is about 90 seconds, and though the train generally stops several times, it's difficult to get many clear pictures during the ride. I promise a return visit and post after the station opens. I'm eager to see the art work that will be installed. 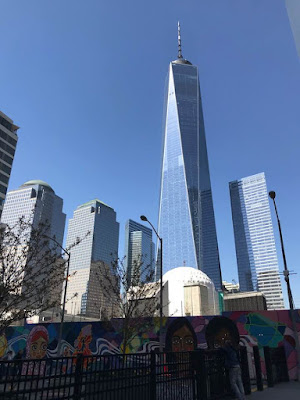 There are other lines giving access to One World Trade Center, but for me, the restoration of the Cortlandt Street station will fill an empty spot in my heart. It can't come too soon.
As ever, thanks for visiting and take good care.
Posted by Buttercup at 11:30 PM

I can't imagine all the reconstruction that's been done there since that absolutely devastating event. It will be great to see what's been done and I'm looking forward to seeing the station when complete.

So many lives and things had to be reconstructed after that terrible day.